Yesterday my wonderful co-workers threw us an adoption shower, and thanks to them our daughter is an even richer girl if you measure wealth in books. 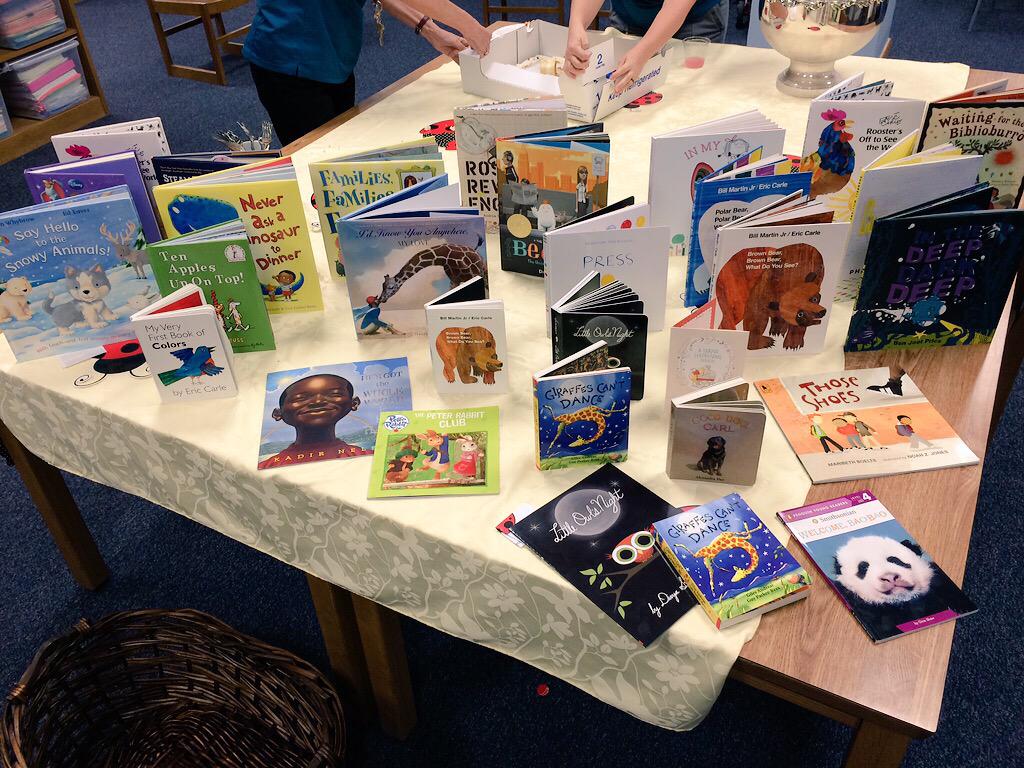 One of the gifts was from Mary Beth. She said it’s a favorite thing to do with a favorite counting book, Rooster’s Off to See the World by Eric Carle.

Included with the book was a baggie that contained a small rectangular board and a bunch of small cards with animal pictures. My daughter pulled out the baggie and asked, “What’s this?” I said it was something we could look at while we read the book. My daughter didn’t want to wait to read the book, so this morning while I made breakfast, she plopped down on the kitchen floor to explore the baggie of cards on her own.

Within a few minutes I heard her say, “There’s two cats and two tortoise!” I looked over to see that she had filled her card with animal pictures. And sure enough, the card had two pictures of cats and two pictures of tortoises (or turtles, I’m not sure which yet). I like that all of the counting we do throughout our day has led her to notice and count things on her own without any prompting from me. 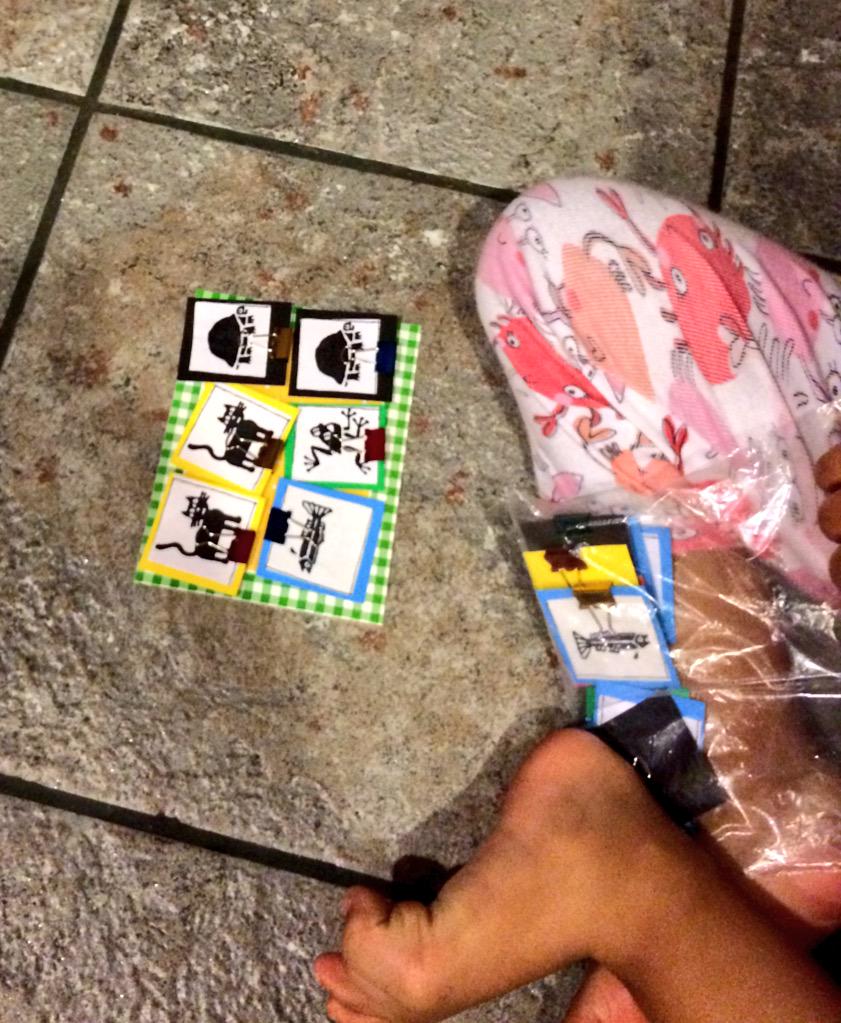 After she was sure I had seen the pictures, she cleared off the card and said, “I want to do more.” She put all the cards back in the baggie and started filling the rectangular board again. One thing that was really interesting to me was how she naturally made two rows of three pictures on her card.

When she finished filling the board up a second time I asked, “What do you notice?” I was curious if she would count again or if she would tell me something different. Her response was, “One chicken, one cat, and two fish.” A few seconds later she exclaimed, “And two frogs!” 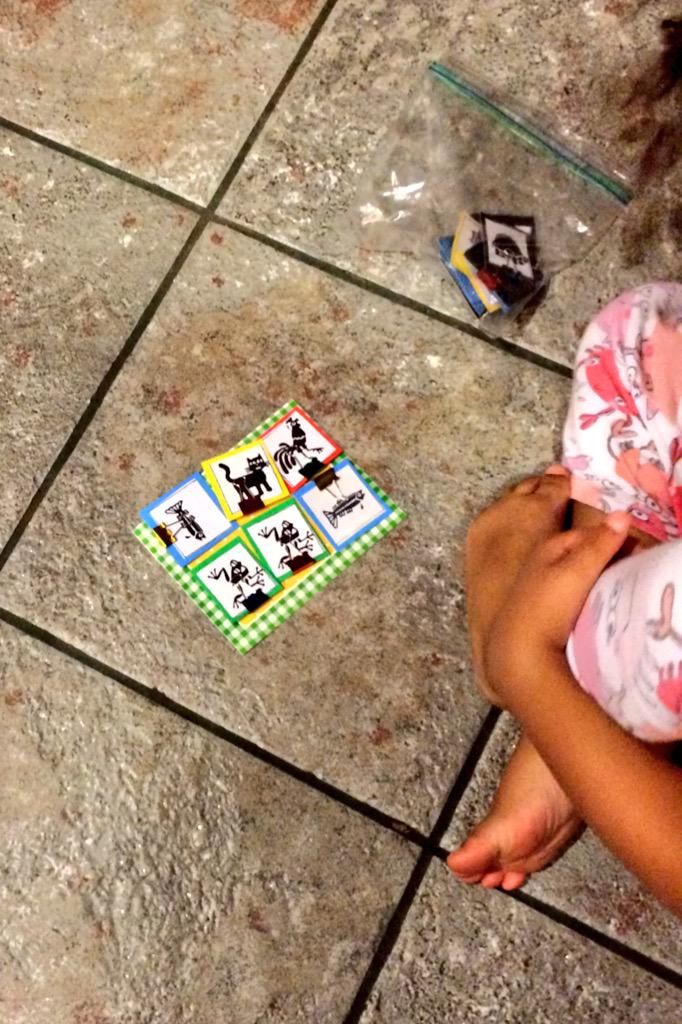 Then she cleared the board again and started filling it with new animal cards. This time she chose only cards with fish on them. Her observation at this point was, “There’s a lot of fish on here!” 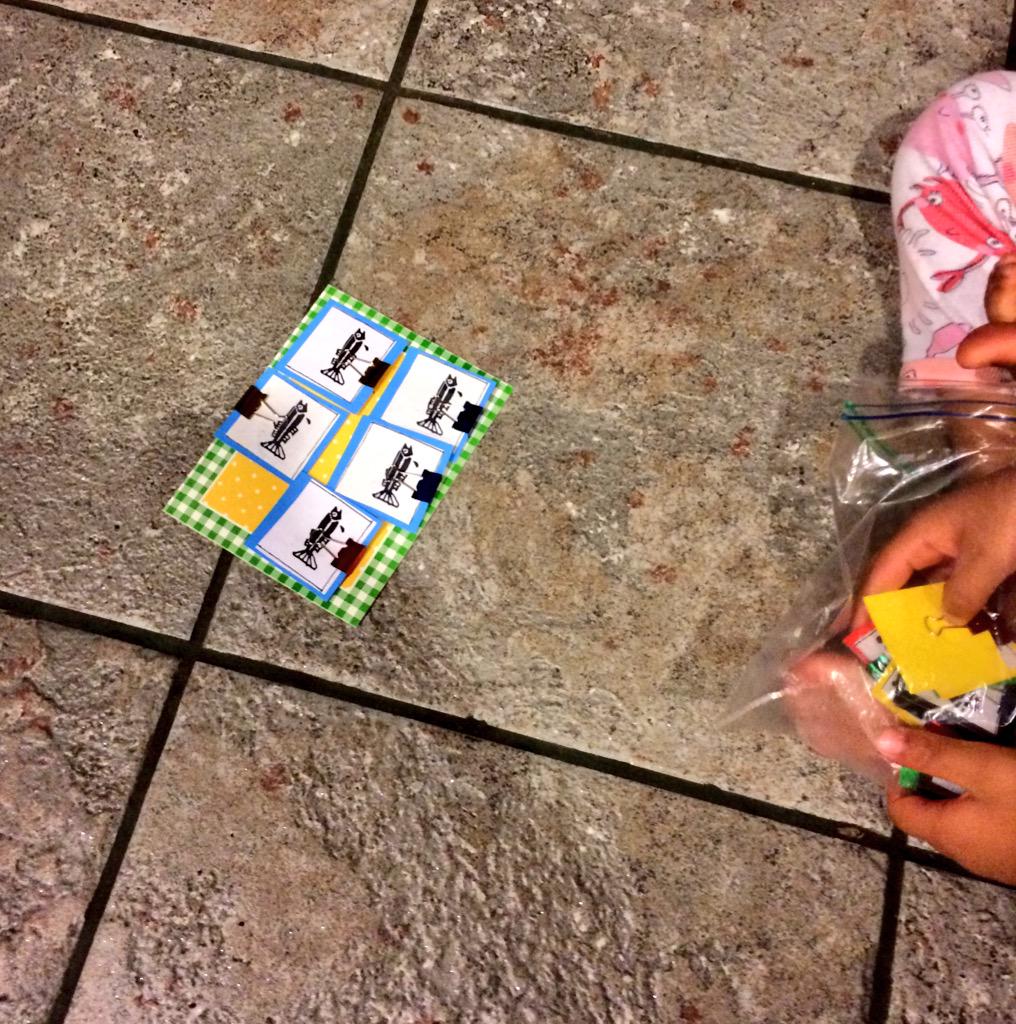 She started digging through the baggie for a few seconds before saying, “I need one more fish.” We haven’t really talked about “one more” very much so it was so interesting to hear her say that. Since she kept laying out the cards in the same arrangement, I’m assuming she could tell there was room for just one more card.

Picking randomly from the baggie wasn’t working so she pulled all the cards out and spread them out on the floor. She couldn’t find a fish so she changed the activity. She asked me, “Where’s the tortoise? Touch it.” 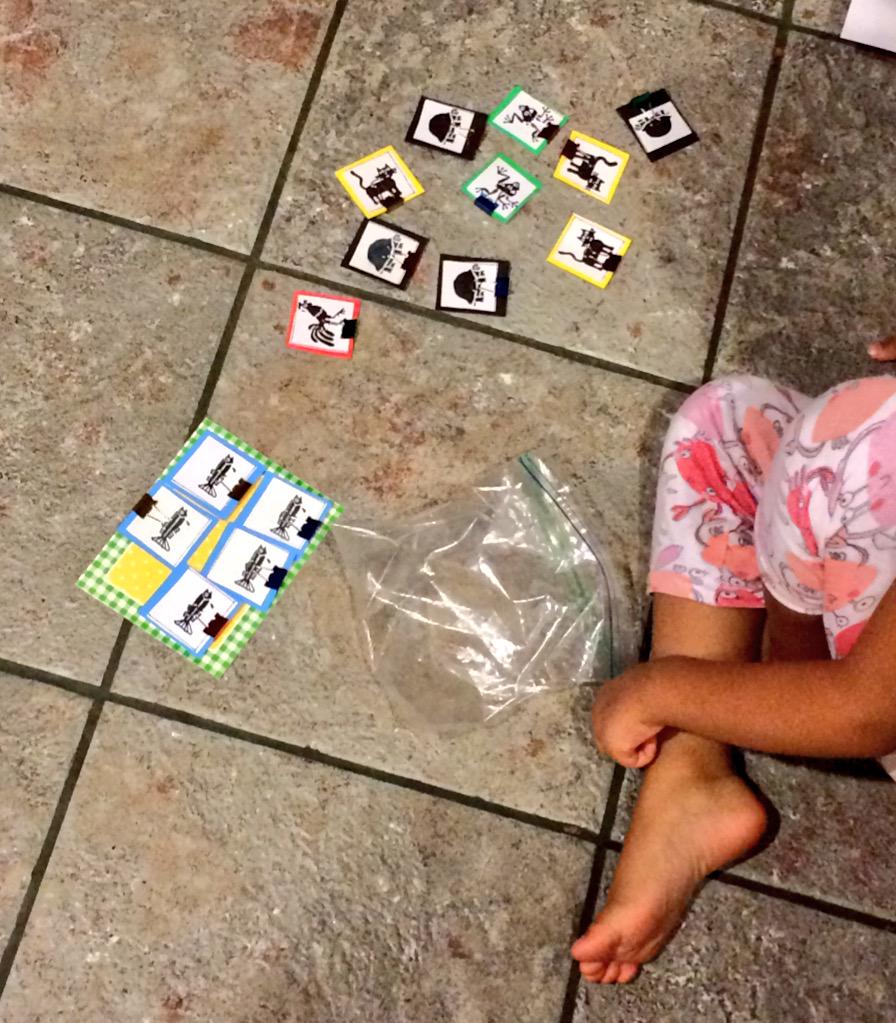 I dutifully touched the tortoise, and that was the end of the activity. She put all the cards back in the baggie and moved on to looking at another one of the books she received yesterday.

The one thing that came to mind as I watched all this unfold was Christopher Danielson’s message: Let the children play:

We adults have a responsibility to let the children play. We can be there to listen to their ideas as they do. We can play in parallel by getting our own egg cartons out and filling these cartons with our own ideas.

But when we tell kids to “make a pattern” or “use the colors”, we are asking the children to fill that carton with our ideas, rather than allowing them to explore their own.

I could easily have overtaken the activity by asking questions such as:

All of these are great math questions, but they’re MY great questions, not my daughter’s. I want her to develop her own questions and curiosities to explore. In the end, it was much more fascinating and rewarding for me to see the ways she came up with to explore the cards and to share the things she noticed about them.

Thank you, Mary Beth, for the wonderful gift!