In my previous post, I shared images of various Halloween party favors packaged in groups of 4. Today I’m going to share packages of 6 and 8. (Click a picture to see and/or save a larger version of it.) Without further ado: 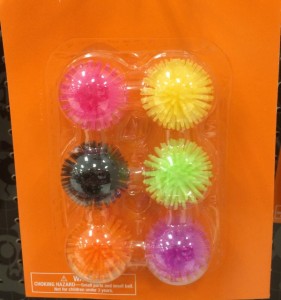 What sorts of things do you think students would notice as they looked at this picture? Here are some things I’m noticing:

This is a great time to mention something to be mindful of when using noticing and wondering. You can go in with a plan that your students will notice some particular mathematical idea you have in mind when you share an image, but that is not a guarantee that they will notice it. Especially if students are new to the practice of noticing and wondering, don’t be surprised or discouraged if their observations are not as rich as you were hoping. Perhaps they haven’t had a lot of practice noticing math before. Give them ample opportunities, and honor everyone’s noticings and wonderings even if they don’t match your desired noticings and wonderings.

I like these next two pictures because they show an arrangement of 6 in one column. 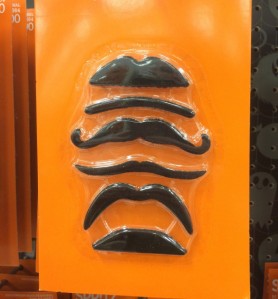 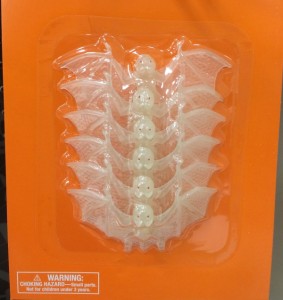 When we talk about multiplication, we often think of multiple groups/rows/columns/piles/etc. (emphasis on all those nouns being plural). However, we can’t neglect showing students models of one group of the quantity. If students can only model multiplication with 6 if there are 2 or more groups of 6, then there is a hole in their understanding of multiplication. If on a previous day you talked with your students about the bouncy ball picture being represented by 3 × 2 and 2 × 3, then these pictures are a great opportunity to talk about how to represent one column of mustaches or one column of bats using the multiplication expressions 1 × 6 and 6 × 1. I like that the package of bats also brings in other multiplicative relationships if you think about the number of eyes or the number of wings on all the bats.

It’s fascinating how differently a quantity of 6 can be packaged. This next one was the most interesting to me. 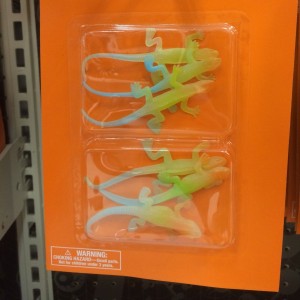 I wonder why they didn’t package the lizards separately like they did with the bouncy balls. Instead, you have two compartments with 3 lizards in each compartment. Whereas in the bouncy ball picture students might talk about rows and columns, this image likely steers conversation to the idea of groups instead.

Let’s move on to packages of 8. Here’s another example that’s great for talking about one group of a quantity. 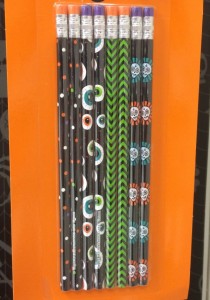 Would students think of this as a row or column? In the images of the mustaches and bats, they were stacked one on top of each other in a column, but now we have one row of 8 pencils that can still be represented by a 1 × multiplication expression. Digging a little deeper, they might notice there are sub-groups of 2 within the package which can lead to more discussions about multiplication, or perhaps even fractions. Within this one package, each design makes up 1/4 of the package. If I bought 2 packages of pencils, would 1/4 of all my pencils have skulls?

Here are two final images of packages of 8. 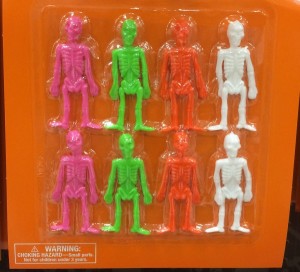 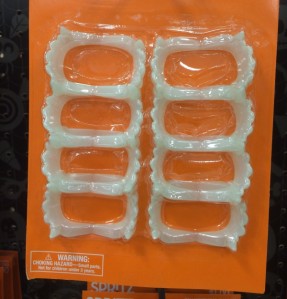 After looking at all of these pictures, my final wondering for today is this: Why do party favors seem to always be packaged in even numbers like 4, 6, and 8? What products can you think of that are packaged using an odd number of items? Is there a practical reason to package using even or odd numbers?

In my next post we’ll look at packages with larger numbers of items and we’ll even get to do a bit of estimating. Stay tuned!

4 thoughts on “Looking For (and Finding!) Math All Around: Part 2”