Tonight we kicked off a new weekly Twitter chat, #ElemMathChat. Hooray! As the name implies, the chat is designed for elementary school folks to talk about math. 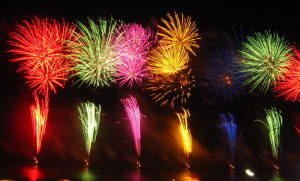 I’ve been so excited to get this chat started! For the past two years, I’ve been a member of the MathTwitterBlogoSphere whose membership is primarily composed of middle and high school teachers. There are a few of us elementary-minded folks. We have appreciated all of the interactions we’ve had with the MTBoS. However, after meeting up at this year’s Twitter Math Camp, we decided our mission this year is to grow the elementary-side of the MTBoS.

And so it begins.

Tonight’s chat was a huge success! We had a great turnout with educators from around the US and Canada. (Thanks for catching my mistake @ChrisHunter36!) Everyone seemed excited about having a forum to discuss elementary math specifically. One person even commented that she was happy to have a place where she could be taken seriously. She said she’s tired of being considered “cute” for teaching first grade.

Our topic for the first chat was balancing problem solving with teaching/covering math skills. If you want to catch up on the conversation, you can check out the Storify put together by @davidwees. While the overall conversation was energetic and interesting, I was left a tiny bit disappointed.

I think it’s because I was the one who suggested this topic. Balancing problem solving and covering math skills is something I have struggled with myself as a teacher, and now as a district curriculum specialist, I am hearing from numerous teachers who are struggling to find the same balance themselves. So going in, I had some clear ideas of what I wanted to talk about and get out of the discussion.

The first question was “How do you define problem solving in the elementary math class?” This generated some interesting discussion. Some key points that rose to the surface for me were that problem solving involves thinking critically, collaborating, and using math as a tool. I especially like the “math as a tool” metaphor because it gives meaning to why we’re learning it in the first place. I think it’s often an implied message, but one educators need to try to make more explicit. I also liked how people described problem solving as a time to make kids get out of their comfort zones and make their brains sweat. I love the image that conjures in my mind.

The interesting thing that came out of this first question is that everyone seems to have different ideas about what problem solving is. Some people talked about it in a way that sounded like solving word problems, whereas others referred to rich and engaging tasks that focus more on the process than the endpoint. This is one area where Twitter chats can frustrate me. The conversation is happening so fast with so many people talking simultaneously that it can be challenging to pull the threads together into a coherent whole.

Maybe that’s what I need to learn how to do as a moderator. Instead of following my script of questions, I could have stopped and made question 2 be “So I’ve heard problem solving described as ___, ___, ___, and ___. What is one definition we can all agree on?” The conversation over the rest of the hour felt weaker because we didn’t necessarily have an agreed-upon definition to base our discussion on.

Question 2 also had some problems: “How do you define math skills?” This is where I had a clear idea of what I meant, but the majority of the group was on a different wavelength. Since we had just talked about problem solving, everyone seemed to think that I meant the Standards for Mathematical Practice or general thinking skills that are needed to solve problems. What I really meant, and I did try to clarify, are the nuts and bolts skills that teachers need to teach their kids: adding and subtracting whole numbers within 1,000, multiplying fractions with whole numbers, interpreting dot plots, and measuring angles, to name a few.

Here’s an example to illustrate the tension I was thinking about when suggesting this week’s topic. Learning a skill like long division takes time and effort. It is a very structured thing to do, but until students understand it, they are prone to making many errors. Can I do a few problem solving activities and have my kids somehow come away from the experiences as masters of long division?

You may be thinking right now, “But kids don’t actually have to know long division in order to solve problems. They just need a strategy that makes sense to them.”

I agree with you. However, in Texas and in Common Core, the standards do explicitly state that students learn to divide using the standard algorithm. So like it or not, it’s a skill that students are expected to learn.

Here’s where the tension comes in. Long division is just one skill. There are numerous other skills students are also expected to master in any given grade. How do you ensure the nuts and bolts mastery while at the same time providing ample opportunity for the types of activities that require critical thinking, collaboration, and brain sweating?

And please don’t take any of this the wrong way; I don’t fault anyone in the chat for not providing me a satisfying answer. To be honest, I don’t think a one hour Twitter chat is going to be the place to find concrete answers to big questions like this. It doesn’t mean I don’t want answers (hence the tiny bit of disappointment I felt), but I have learned over the past two years what Twitter can and can’t do.

What it can do is bring together like-minded people to fuel conversations and build relationships. The more I connect with people on Twitter, the more I get to know them. I can start chatting with them outside of our weekly chats. Perhaps I ask for help with a problem I’m having, or perhaps we set up a Google Hangout to have an actual conversation about a particular issue (good-bye 140 character limit!), or maybe we even collaborate on a proposal for a national conference.

Last night I read a post from @sophgermain asking “why your internet activity is anonymous (if it is) and why that is.” At first I started writing a comment on her blog post. Four paragraphs in, I realized I had a lot to say on the matter. So instead of posting my comment, I opted to turn it into today’s #MTBoS30 blog post.

I joined the MathTwitterBlogoSphere almost two years ago. Dan Meyer posted on his blog to recruit new folks into the fold, and I decided to take the plunge. There was even a nifty website to help new members start blogging and using Twitter. (I couldn’t have joined a more helpful and welcoming community, by the way. Who else sets up  a website to get like-minded folks to join them online?) One piece of advice that I followed was using my real name so that people could know they were connecting with a real person.

So from the start, I technically didn’t keep myself anonymous. However, I did find myself avoiding talking about my job. I wasn’t keeping it a secret by any means, but I was still hesitant to bring it up.

Since I do work for an educational publisher, I was worried about talking about my job or the curriculum I write because I didn’t want these awesome people to think I was hanging around to hock a product. Considering how much I personally dislike most salespeople, the last thing I wanted was for people to think I was trying to be one!

I also wanted to do something that was for me. The work I do writing curriculum doesn’t belong to me. Sure, it’s something teachers and students use, and I do enjoy the challenge of designing lessons, but at the end of the day, the lessons I write are a product that belongs to a company, not to me.

So, moving forward, I am going to try to be more well rounded in what I write/talk about, which means talking more about my job and the work I do. I may even talk some about the curriculum I work on, but don’t worry, I’m not trying to sell it to you. Over the past couple of years, I’ve seen how powerful it has been for teachers to reflect on their practice, and I want to see what insights I can gain reflecting more openly about mine.